What’s a placenta?… She did what with it?!

The placenta is an organ that grows inside a pregnant woman’s uterus to provide nutrients and oxygen to the developing baby. It also enables antibodies to pass from mother to child and removes waste from the baby’s blood. It’s attached to the wall of the uterus and is connected to the baby via the umbilical cord. Basically, it’s what keeps the little one going.

The word Placenta comes from the Latin word for cake.  It really does look like a big purple pancake, full of all those good nutrients for the baby. It measures about 9 inches wide and 1 inch thick in the middle, weighing roughly 1 hefty pound at delivery. Delivering the placenta is called the third stage of labor and, unless there are complications, is probably the easiest part of it all. Most women forget after pushing out the kid that there’s just one more part to do before you get to lay back and rest.

Although this super organ can cause issues during pregnancy, as well. The most common is Placenta Previa; when the placenta is low in the uterus and partial or totally covers the cervix (the outlet for the uterus), it can cause severe bleeding and a C-section may be required. Placental Abruption is when the placenta peels away from the uterine wall (partially or fully) and can cause bleeding, a lack of oxygen and nutrients to the baby, and early delivery may be needed. Placenta Accreta is almost the opposite. It’s when the placenta attaches too deeply into the uterus and fails to detach during labor. It can cause bleeding and severe blood loss after delivery and the mother may have to go through surgery afterwards to remove it and possibly her uterus along with it.

I think most readers are really curious about this next part: What is done with the placenta after birth?! Well, we here in the West tend to just incinerate it via the hospital. However, there have been growing beliefs and new findings that we have been wasting something important. Here are just some of the ways our placenta is now being used:

The first is to leave it alone! They aren’t cutting the cord at all. It’s called a Lotus Birth and basically you carry the baby and placenta around until the cord naturally falls off. (Between 1-2 weeks) Those who do this believe that it’s a much more natural and healthy way to slowly introduce their child to the “outside” world. There isn’t any scientific proof as of yet that this is helpful to the babies however there isn’t anything to say nay either….

The second is to encapsulate the placenta and have the mother take it as a supplement after birth. This is a rising trend that started in ancient Chinese medicine. The basis for this thought is that in the wild many mammals eat the placenta after the birth of their young and it seemed to give them rejuvenating properties. More and more woman are doing this as a much more appealing alternative to cooking or eating their own “murder-less meat”. Studies are showing that ingesting your own placenta may actually help rebalance your hormones, possible combating Postpartum Depression by making mothers less fatigued and overwhelmed and in a much cheerier disposition.

Another take-home placenta idea is to bury it. This is probably one of the oldest human customs around the planet. Although it has no health properties this is more of a spiritual belief. I have a Wiccan friend who did this after the birth of her first born son. She planted it at the base of a 9 month old sapling (placentas actually do make wonderful fertilizer) and now the tree grows along with her son. Even if you hold no religious beliefs along these lines, I think it’s still a lovely gesture.

The placenta really is an amazing thing and we are still learning about its benefits to both child and mother. The last time I delivered I donated mine to research. Maybe this time I’ll keep it. And who knows, maybe within the year I’ll be blogging about my own personal experience taking placenta supplements. 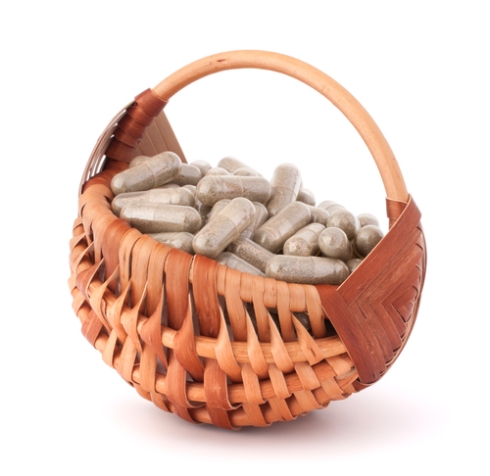